These figures are full-sized replicas of The Hatbox Ghost and The Bride in the Attic from Disneyland's Haunted Mansion. The Hatbox Ghost figure is modeled on the original that was featured in the attraction very briefly after its opening in 1969. The Bride figure is based on a version of the figure that stood in the attraction for most of its life, from the 1970's through the late 1990's.

The figures these replicas are based on have since been replaced with updated interpretations of the characters, but nostalgia for the originals is strong in those with deep love for The Haunted Mansion. 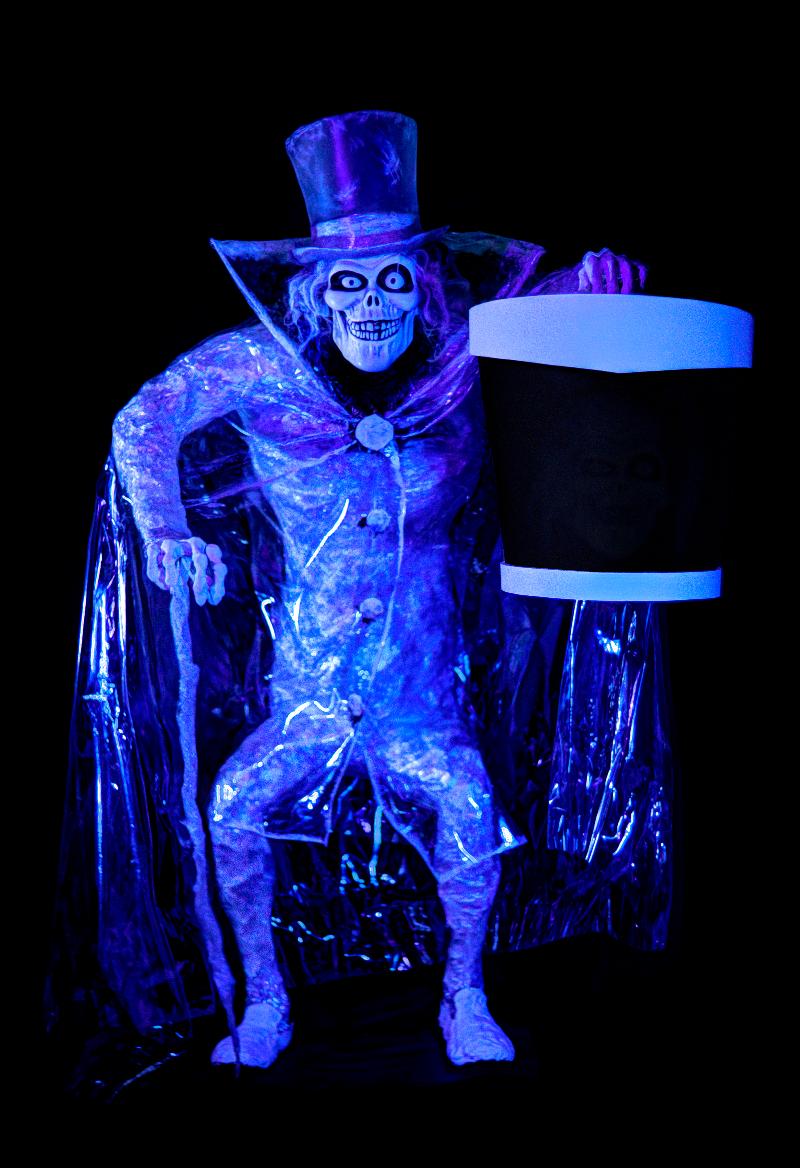 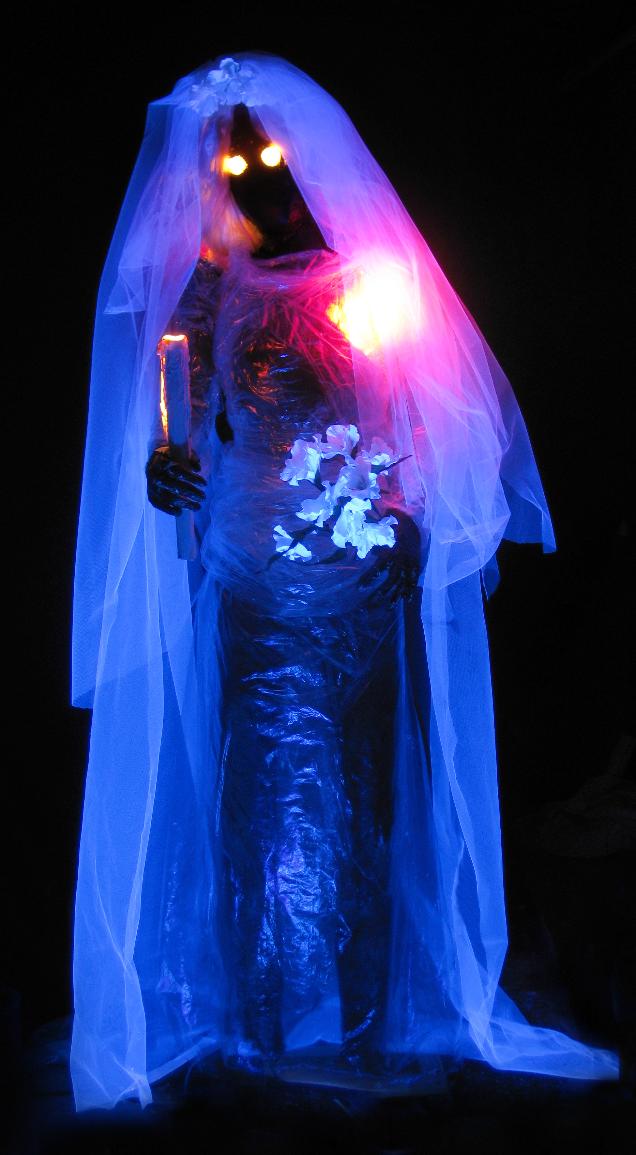