For 2020, the New York City Village Halloween Parade went Digital. Since the Parade could not continue as usual in the midst of the Pandemic, it became a filmed event that featured the puppets of 30 commissioned artists from the history of the Halloween Parade. My Puppet is a subterranean monster - He's a bit of a hermit, traveling with his house on his back . . . a Haunted House, in fact! Complete with a Graveyard full of tombstones along his tail, he gives new meaning to the phrase "there goes the neighborhood". Perhaps he's a manifestation of feeling the weight of spending so much time at home through the Pandemic. It's a haunting experience, though quite necesarry and imporant. 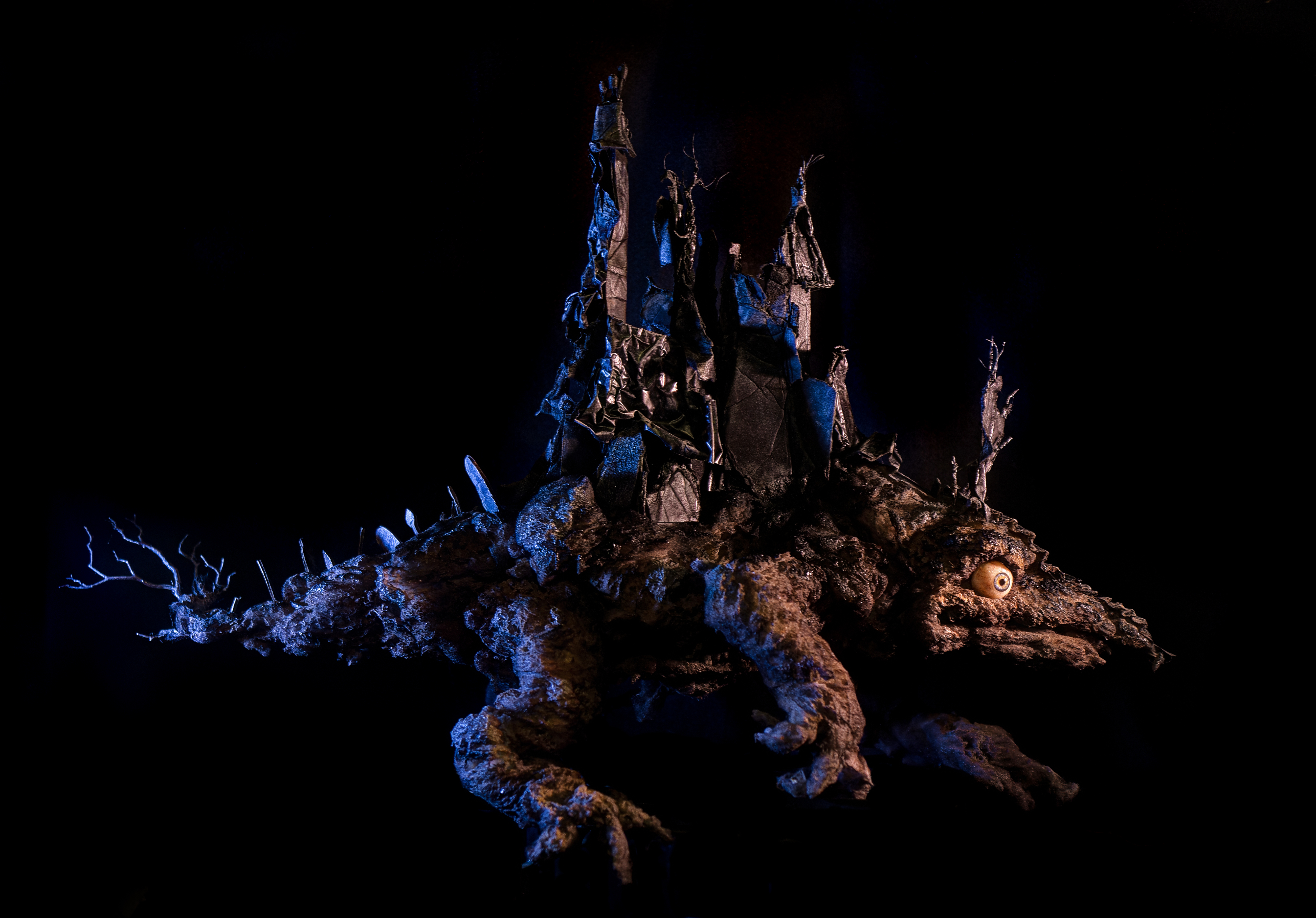 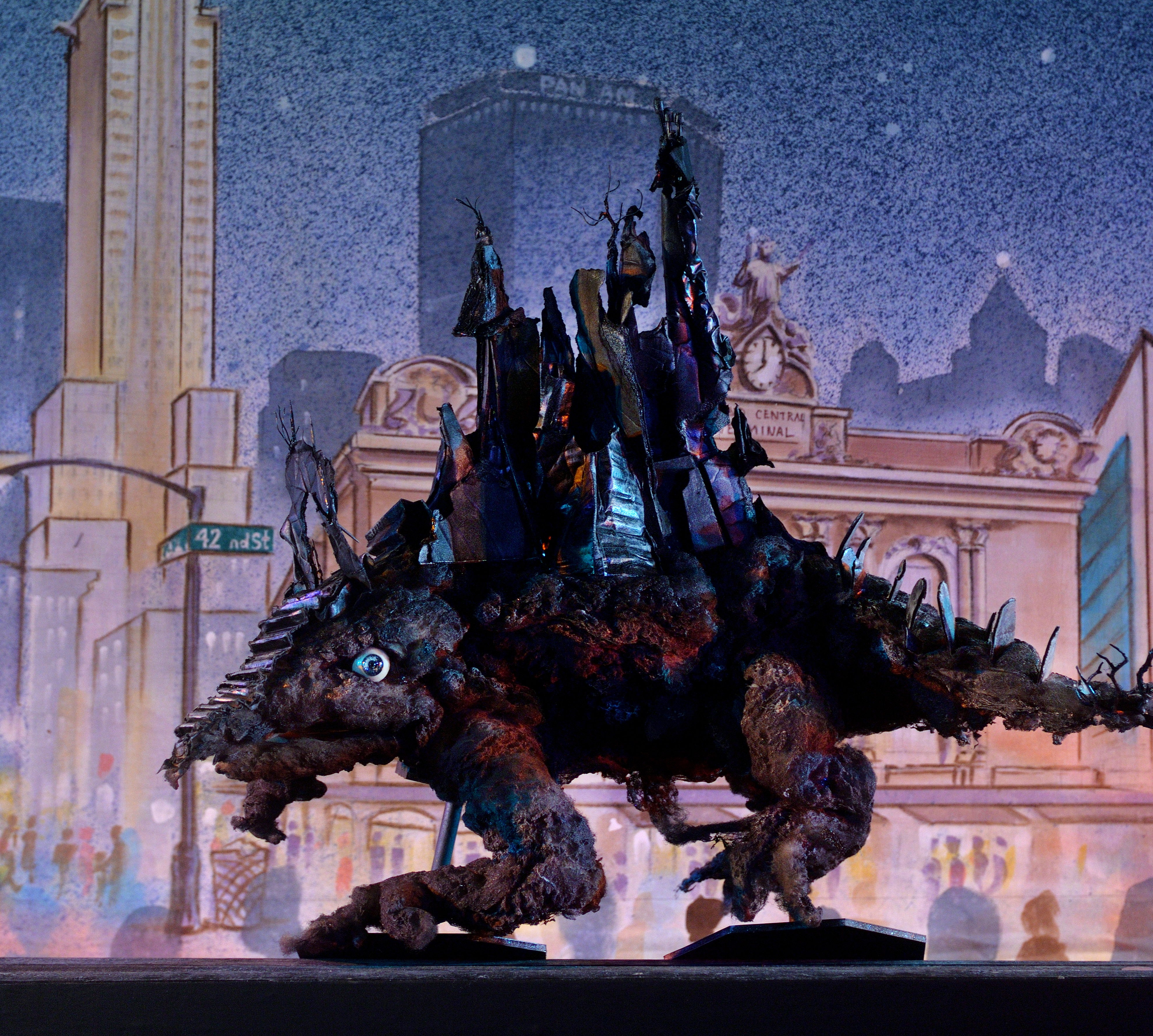